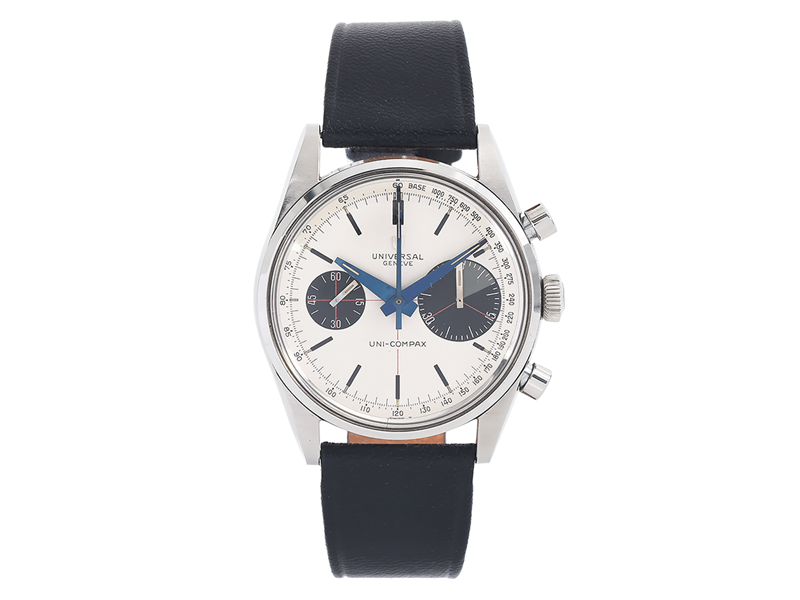 Universal Geneve was founded in 1894, and produced their first wristwatch chronograph already in 1917, this at a time when the wristwatch still was considered a novelty. They kept developing their chronographs during the mid-1930’s, first with the model Compur that had two push pieces, one to start/stop and one to reset. About a year later came the Compax with three sub-dials to enable timekeeping for up to twelve hours. The combination of two push pieces and three sub-dials has today become classic, and is now the most common way to design a chronograph.

Lot 142 is a Uni-Compax, a model that was introduced in 1963 but only in production for a relatively short time. The nickname “Big Eye” comes from the extra large elapsed minutes sub-dial.

Buyers should have in mind that watches that are more than five years old can be in need of an overhaul. Please ask us about the objects before you place your bid.